Helping Veterans: Why I Do This 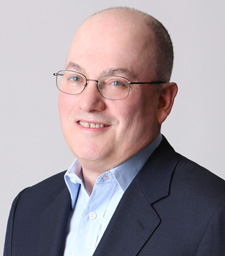 Several years ago Steve Cohen saw something he’d never have predicted in his wildest dreams: his son graduating from the U.S. Marine Corps Recruiting Depot at Parris Island.

“I was shocked,” Steve says. “He isn’t your typical Marine. He graduated from Brown University – not exactly a military hotbed. But watching Robert graduate at Parris Island was the proudest day of my life. . .

“Followed by the most frightening day – when he deployed to Afghanistan. I was impressed by his courage and patriotism, but I was worried every day where he was, if he was okay, if he was safe.

“Thankfully, he came home in good shape, but many of his comrades did not.”

Several years later, through his role on the Robin Hood Foundation board (RFH), Steve began working on veterans issues, teaming with the former Chairman of the Joint Chiefs of Staff Admiral Mike Mullen to co-chair the RHF’s Veterans Advisory Board. RHF, beginning in 2011, tackled an array of problems that beset veterans returning from Iraq and Afghanistan, including veterans’ poverty, joblessness, and mental health issues.

Steve’s work there, in turn, led him to underwrite PTS research and in 2013, through the Steven & Alexandra Cohen Foundation, he established the Military Family Clinic at NYU Langone in 2013.

Cohen Veterans Network was created to serve veterans and their families by providing high-quality, accessible, and integrated mental health care. It operates five clinics nationwide now and plans to open an additional 20 clinics during the next five years.

Cohen Veterans Bioscience is dedicated to improving the detection and treatment of PTS and TBI and related co-morbidities through cutting-edge research, so that the burden of these conditions may be lessened on service members, veterans, and their families.

“As we treat veterans and their families at our clinics, we will push forward the science to improve their treatments. That’s why we started Cohen Veterans Bioscience, to speed the detection and treatment of PTS and TBI.”

Even as many veterans struggle with PTS, only a third of veterans with PTS are getting the care they need. Steve’s efforts complement those provided by the government by augmenting the services available to veterans.

“We are providing high-quality mental healthcare for our nation’s veterans and their families, free of charge, and with no waiting lists.  Veterans are seen immediately.

“We all know our military families also serve when loved ones deploy, but family members are not eligible for VA care. They are in our clinics. We will treat anyone who served in the U.S. Armed Forces during the War on Terror.”

“The Marine Corps has one of the most famous mottos in the world: “Semper Fi,” Steve says, ‘always faithful.’  The Corps has another motto that’s less well known, but just as important: ‘Nemo Resideo’ – ‘Leave no one behind’ — that means we leave no one behind on the battlefront.

“But too many of our servicemen and women are being left behind on the home front – abandoned as they struggle to overcome the invisible wounds of war. Half of all Iraq and Afghanistan veterans say they know a fellow veteran who attempted or committed suicide.  When these invisible wounds of war aren’t treated, the results are tragic–that is not acceptable.

Steven A. Cohen is the Chairman and Chief Executive Officer of Point72 Asset Management, L.P. He founded S.A.C. Capital Advisors, L.P. in 1992 and converted his investment operations to the Point72 Asset Management family office in 2014. In addition to his own foundations, Cohen serves on the Board of Trustees at the Museum of Contemporary Art (MOCA) in Los Angeles, the Museum of Modern Art in New York City, and is on the Emeritus Board of the Robin Hood Foundation.