Robert L. McNeil, Jr., Professor of Translational Research, Chair of the Department of Psychiatry and Professor of Neuroscience
Yale University School of Medicine 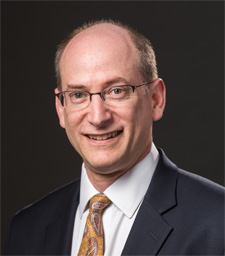 John H. Krystal, MD, is the Robert L. McNeil, Jr., Professor of Translational Research, Chair of the Department of Psychiatry and Professor of Neuroscience at the Yale University School of Medicine, and Chief of Behavioral Health Services at Yale-New Haven Hospital. He is a graduate of the University of Chicago, Yale University School of Medicine, and the Yale Psychiatry Residency Training Program. He has published extensively on the neurobiology and treatment of PTSD, depression, alcoholism, and schizophrenia. Notably, he led the discovery of the rapid antidepressant effects of ketamine in humans. He is the Director of Clinical Neuroscience Division of the VA National Center for PTSD, Executive Committee Member for the VA/DOD Consortium to Alleviate PTSD, and Director of the National Institute on Alcohol Abuse and Alcoholism (NIAAA) Center for the Translational Neuroscience of Alcoholism. John is a member of the US National Academy of Medicine. He served on the International Society for Traumatic Stress Studies Board of Directors (1988-1991), the NIAAA National Alcohol Advisory Council (2008-2012), and as president of the American College of Neuropsychopharmacology (2012). Currently, he is president of the International College of Neuropsychopharmacology, a member of the NIMH Mental Health Advisory Council, and editor of Biological Psychiatry.