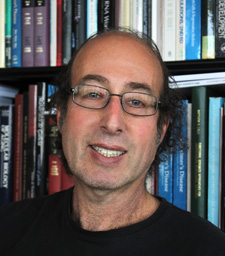 Kenneth S. Kosik, MD, served as professor at the Harvard Medical School from 1996 until 2004 when he became the Harriman Professor and Co-Director of the Neuroscience Research Institute at the University of California, Santa Barbara. He was one of several scientists who discovered Tau protein in the Alzheimer tangles. He co-directs the Tau Consortium and co-founded the Learning and the Brain Conference. He received a Whitaker Health Sciences Award from MIT, a Milton Foundation Award from the Harvard Medical School, the Moore Award from American Association of Neuropathologists, the Metropolitan Life Award, the Derek Denny-Brown Award from the American Neurological Association, the Zenith and Temple Awards from the Alzheimer’s Association, the Ranwell Caputo Medal from the Argentine Society of Neurochemistry, the NASA Group Achievement Award to Neurolab Team, the Premio Aventis from the Academia Nacional de Medicina, Colombia, and the Santa Barbara Innovation Star Award. Kenneth co-authored The Alzheimer’s Solution: How Today’s Care is Failing Millions and How We Can Do Better and Outsmarting Alzheimer’s. His work, including the characterization in Colombia of the largest family in the world with familial Alzheimer’s, has appeared in the New York Times, the Wall Street Journal, the New Yorker, and on BBC, CNN and PBS.