PTSD: The View from the Frontlines 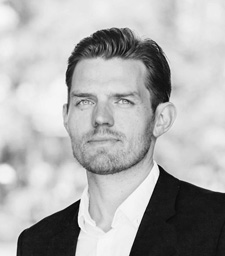 Garrett Combs wants to elevate the national conversation on the PTSD-veteran experience and society’s response to it beyond the stereotypical—the image of the irretrievably broken veteran and society’s well-meaning but standard response—“We support our troops” or “Thank you for your service.”

“It’s more nuanced than that,” says Garrett, who enlisted in the Army when he was in high school and served in the Infantry from 2004 to 2009 with deployments to Afghanistan and Iraq. “There is a cognitive dissonance around the discussion of PTSD, which is preventing us from developing effective solutions. For example, the reference in popular culture to veterans who are struggling with their ‘demons.’ But when veterans and society as a whole use the word ‘demons’ to describe the symptoms of a manageable condition such as PTSD, it prevents us from not only effectively treating the condition, but having any meaningful discussion about the effects of war on the brain and psyche.”

Once he returned to civilian life, Garrett experienced PTSD—not immediately, but slowly. In a span of four years, approximately 10 men from his unit died by suicide, drug overdoses, bar fights, and police shootings. One committed homicide. Garrett’s former roommate killed another roommate and is now serving a 50-year prison sentence.

It came to a head for him four years ago when his wife became pregnant with their son. He had gone from being a young, single combat veteran to living with a wife and baby. As Garrett explains, “I had to de-activate the aggressive warrior-like mentality in order to be a good father and husband.”

At this point, it was clear that he needed help. Beyond the physiological effects of war, there was another injury he faced—tremendous feelings of guilt for having so much, ‘the American dream,’ after witnessing the devastating impact of war on his fellow veterans and the people of Iraq and Afghanistan. Garrett says that this is when he started to unravel.

Garrett believes that, for the millennial soldier, social media has completely changed things. “For the first time, we have kids who grow up playing military-branded video games or following soldiers’ social media accounts through combat and then are able to go ‘fight’ in those same wars. We begin recruiting kids before they are legal adults and if you send young people to do violent things in distant lands it’s going to have lasting effects. The question is how we as a society build a culture where re-integrating our warriors is as important as preparing them for war.”

He credits the *Save a Warrior program with preparing him to manage the emotional effects of his experience. The program brings together a group of veterans for 5.5 days of experiential therapy, including counseling, meditation, equine therapy, and the study of archetypes with an emphasis on ritual in the re-integration process. The program creates a space specifically designed to guide veterans through processing their experiences and focuses heavily on pre-existing trauma. In addition, Garrett has been helped by regularly seeing a mental health specialist.

“Veterans are a quantifiable slice of a much larger pie,” says Garrett. “We are a measurable demographic where many of the issues facing veterans are also major issues facing civilians.  When we recognize this we realize that we not only owe it to our veterans, but we owe it to ourselves to dispel the stigmas around mental health disorders and develop more effective and accessible treatments for everyone.”

Garrett Combs is a documentary filmmaker and photographer whose work can be seen at http://www.gcphotofilm.com. He was featured in the CNN documentary, The War Comes Home, Soledad O’Brien Reports and will be a speaker at the Cohen Veterans Care Summit taking place September 22-23, 2016 in Washington, DC. Learn more about the Summit on twitter – #CohenCareSummit.